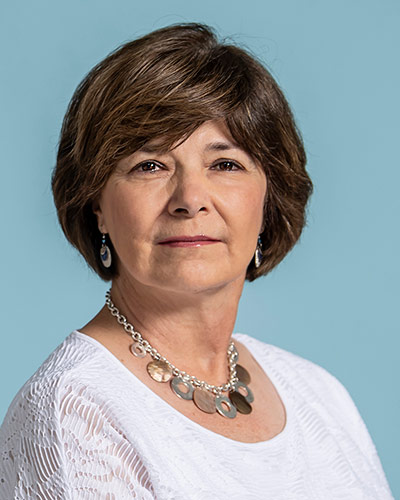 “I was one of 14 women in a class of 275 at PCOM. ... When my father had a heart attack, I looked for options to pay for my medical education, and was offered a health professions scholarship with the Navy. That was the start of my military career. Clearly there was a vast underrepresentation of women in medicine at that time. I was one of two women who were the first medical residents at the National Naval Medical Center, a phenomenal tertiary center. It was a ‘sea change’ in Navy medicine. We knew we were pioneers in military medicine and very much aware that our success would open the door to other women. We were willing to work hard. On average, we worked over 100 hours a week; often we were the first to arrive and the last to leave. We proved our academic merit by working diligently, making certain all the i’s were dotted and t’s were crossed. We earned respect by providing quality and compassionate care. ... One of my military mentors was General Blanck [Lieutenant General Ronald Blanck, DO ’67]. After my initial obligation with the Navy was over, I had been planning to leave the military. I had done an additional year of fellowship in cardiac ultrasound—echocardiography. The military had no formally trained echocardiographer, so I received a wonderful phone call from General Blanck and the chief of cardiology at Walter Reed Army Medical Center. It was the phone call and mentorship that made the difference. ... One of my colleagues at Walter Reed said to me on my second day as chief of cardiology that he doubted I could succeed as chief because I was a noninterventional cardiologist, and no previous chief had been a noninterventional cardiologist—although I think he really meant because I was a woman. I asked him, ‘What would you want a chief to do to make your life better as an interventional cardiologist?’ He wanted an observation unit so we wouldn’t have to transfer patients two floors to recover from their procedures. I recruited nursing staff to help me create a short-stay observation unit at no cost—the first such unit in the military, and a phenomenal success. You never do things alone; it does require a team. ... When I became chief of cardiology, I was the first woman in that position, working with 11 men. My parents had owned and operated a restaurant, and my father used to regularly look in the garbage cans to find out what the customers didn’t eat. In a small business, waste can be your profit. I mapped out the processes of every area within the cardiology department and found that we were able to eliminate redundancy to be more efficient and effective. And when we checked inventory, we found that young staffers were packing the new in front of old, and we had expired product. Whether you work with men or women, successful leaders find better ways to accomplish the team mission. ... If you want a position in leadership, it is wise to choose a very good supportive life partner, and you may have to delay childbearing—get your education over with and get better established. You can have everything—it just may not be at the same time.”