Black Female Doctors Share Their Stories
Vanessa A. Ragland, DO '83 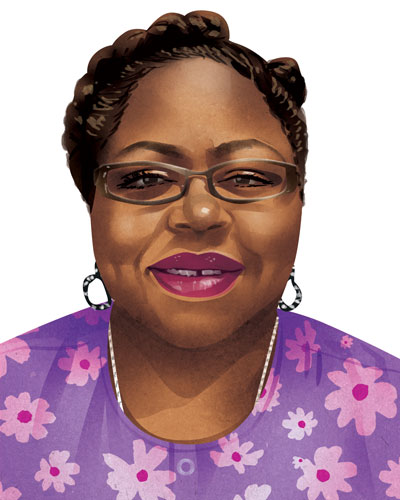 “I’m a native of Birmingham, and I went to Spelman College, an all-female HBCU, in Atlanta. Moving from the Deep South to Philadelphia to attend PCOM was a culture shock. I loved having new experiences, meeting new people, eating new foods. … My elective rotations helped prepare me for my future as a physician. I interned at Saginaw Osteopathic Hospital in Michigan, and then spent the next four years in public health in Marianna, Arkansas. … I moved to Haleyville, a predominantly white community, in 1989. Less than one percent of the population is Afro-American. When the hospital hired a white male DO, I learned he was paid $38,000 more than me. … Early on, a white male patient refused to be seen when he realized I was Black physician. Another white male patient said, ‘I told my ol’ doc that if there was an ‘n’ doctor in town, I’d go see that ‘n’ instead of waiting for him. So he gave me your location.’ Trying to persuade the local schools to teach about National Black History Month or about Afro-American contributions to the making of America was futile. … In 1998, my older son died at the age of 13. Coincidentally, every year around the anniversary of his death, the school would call to inform me that my remaining son’s braided hair was ‘too distracting.’ I decided to send him to a more diverse school in Georgia. … I am the original founder of our company. We now have two office locations with two DOs, two MDs, four NPs, and about 50 support staff. Our patients are white, and few are Hispanic. … I always sit down to listen to what my patients have to say, and I don’t take notes while they are talking. I want them to know they have my full attention. … There have been so many more positives than negatives, like the elderly white gentleman who said, ‘I’ve watched you fight and claw your way up to the top. I respect you and I love you,’ or the toddler who licked my hand because he thought I was chocolate! There are a lot of ‘I love yous’ said in my office, and they’re genuine. My patients love me and I love them. … Thirty-one years ago, I was just passing through. After all these years, I guess I’m still just passing through. … More important than the color of the physician is the quality of care.”

as told to Janice Fisher

Standing on her Shoulders