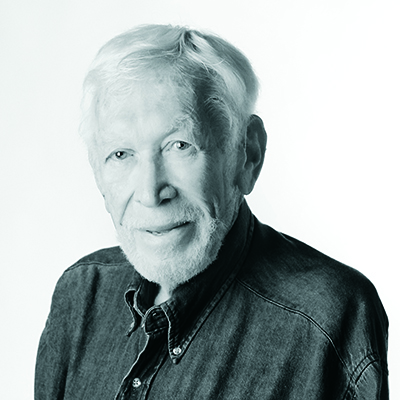 “I’m 94 years old, and my mentality is intact. I’m as sharp as I was when I was 25. . . . In medical school, you’re taught there is nothing in the field you can’t accomplish if you want to do it. When it’s a new procedure, you observe it, you do it, then you teach it, and that’s when you really learn. I’ve accomplished so much; I had a great career, practicing first in New Jersey and then in Palm Beach. I sold my medical practice in 1988, and remained for a few years as director of medical education and chairman of the board at Wellington Regional Medical Center, a progressive acute care facility and medical center in Florida that I helped to found in the mid-1980s. . . . Yet, while I was practicing medicine, I found that what I read was very narrow and concentrated. After I retired, a whole new horizon opened up. That’s when I became enamored with American history. In 2007, I decided to visit the birthplace and burial site of every American president. Over two and a half months, my wife, Daras, and I drove over 14,000 miles—from Key West to Campobello on the border of Maine and Canada, and then all the way out to California. I came back with 3,000 photos and a laptop full of information. I had no plan to write a book. But then I started writing, from my doctor’s perspective, looking for the root cause, the root purpose, to understand where American history began. We self-published the book. There’s a story of every president, up through President Obama—and excerpts from every inaugural address. My mother and father and in-laws came to this country from Ukraine, Poland and Lithuania. They made their way. They became citizens. They were advocates of education and provided great support for their children. That’s why I called the book Thank You, America. I wanted to thank America because America allows you to be free, to have faith in any religion, and it provides so much opportunity. America gave me my personal dream of becoming a physician.”