Juk Ting, DO ’95
PCOM Heroes of the Front Line 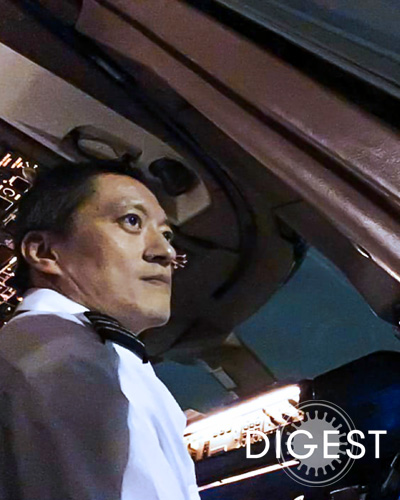 “I was one of four pilots on the first evacuation flight of Americans out of Wuhan, China [January 29, 2020]. During the flight, I recall thinking back to my emergency medicine residency at the Cleveland Clinic – South Pointe Hospital when I took flying lessons to reduce the stress of grueling residency training. I’ve been fascinated with airplanes since I was a child. My school bus used to pass by Orange County Airport in Virginia. I dreamed then—at best—I’d be a weekend warrior pilot, buzzing the neighborhoods in a small plane. But now I fly the Queen of the Skies: the Boeing 747. Since 2016, I’ve been an airline pilot, first for United Airlines Express, then Southern Air. I presently fly for Kalitta Air—all around the world—and I do still practice as a physician. I am able to combine my two passions: aviation and medicine. … I was in Hong Kong on reserve flight duty when volunteers were sought to pilot an evacuation flight into Wuhan during the height of the coronavirus outbreak. United States government officials and their families, as well as other American citizens, were trapped in the epicenter of a pandemic—without medical care, without food or water. … The 747 has two decks: the crew on the upper deck, and passengers below. The upper deck was sealed off. Seats and medical equipment were installed on the lower deck for 201 passengers who’d been screened and quarantined prior to boarding. None were showing symptoms of COVID-19. … My flight crew of 10 flew from Incheon, South Korea, into Wuhan. When we landed, Wuhan Airport was empty except for another evacuation flight next to us that arrived the same night to fly Japanese citizens back to Japan. Since we were the first evacuation flight, there was so much caution to protect the flight crew, airport staff and the passengers from this unknown virus. Boarding was very time-consuming—over six hours. I grew up in Taiwan, so I was able to coordinate between our flight crew and the Wuhan ground staff, who spoke little English. … Our outbound flight to Anchorage, Alaska, took 11.5 hours. For passenger safety, we could only fly slow and low at 27,000 feet, much longer than usual. In Anchorage, new crews took over and continued the flight to March Air Force Reserve Base in Riverside County, California. … I had to be symptom-free for 14 days before I could return to my hospital work. I was honored to be part of the evacuation. Returning the evacuees safely to American soil was a profoundly moving and uplifting experience for me.”

In honor and remembrance of Frank Gabrin, DO, who inspired Dr. Ting and trained him in emergency medicine from 1993 to 1999.