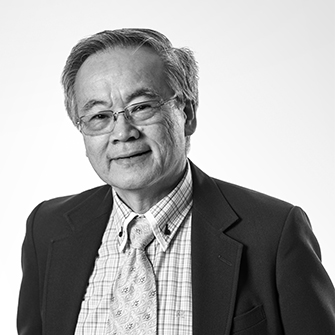 “Since the 1990s, I’ve led medical mission trips to remote places where health care is lacking—to Africa, South America, China, Eastern Europe and Russia. I feel that God has given me the ability to practice medicine, and I genuinely believe in helping others. My osteopathic training, paired with my seminary studies, encourages me to embrace the needs of both the body and of the spirit. . . . Nine years ago, I took my daughter and her husband to Jakarta, Indonesia. There we visited my father’s church, which he established in our home when I was growing up. Christians are very much a minority in Indonesia; my daughter and I were in awe about how the little church collaborated with other church branches throughout the country. I was inspired by the ministry; I told the pastors I wanted to work with them. . . . My father, one of 11 children, was orphaned as a young boy. Stories of his early hardships influenced me to start a nonprofit, the 127 Legacy Foundation, whose purpose is to care for widows and orphans across Indonesia. Since our foundation began in 2014, it has supported two orphanages and has spared many from lives of homelessness, poverty, neglect and abuse. Three years ago, four acres of land next to our orphanage in Kupang came up for sale. The foundation bought it for $15,000, with the plan of building a health clinic in this underserved region of 400,000. . . . Just this June, I traveled to Kupang to witness the opening of the 4,000-square-foot facility. It is staffed by personnel from a Baptist hospital in Java; the hospital supports a doctor and dentist at the clinic. I never thought the clinic would come to fruition, but it did with the dedicated support, resources and prayers of so many people. The World Health Organization has recommended that a hospital be built in the region; our second planned phase will be a 10-bed mini-hospital, which will cost about $300,000. But we need to hold off on that until we get the clinic fully off the ground.”