You'll Be a #PCOMGrad In

The Doctor of Osteopathic Medicine commencement for PCOM Georgia will take place on Thursday, May 21, 2020 at the Infinite Energy Center in Duluth, GA.

The military commissioning ceremony will take place on Tuesday, May 19, 2020 at 3 p.m.

The location will be announced at a later date.

Please refer to the commissioning policy in myPCOM for additional details. A separate communication with specific details will be sent to each military graduate.

The Dean of the College hoods all graduates. However, there is one instance when PCOM will extend the privilege of hooding a graduate to a guest:

1) The graduate has a family member, who is either an osteopathic or allopathic physician. Family member is defined and limited to: a spouse, mother, father, sister, or brother. This privilege is limited to one Guest Hooder per graduate in order to expedite the ceremony and to be fair to all of our graduates.

How do I request a “Guest Hooder”?
You must complete the “Hooding Information Survey” by the specified deadline (TBA).

What is the “Guest Hooding Information” survey?
This survey will ask you to provide us with: the name and email address of your Guest Hooder, their year and place of medical school graduation, their relationship to you, and their gown ordering information.

What does a “Guest Hooder” do?
Guest Hooders process into the Commencement Ceremony with PCOM faculty and sit on stage during the event. At the appropriate time, they will be directed to come forward to assist with your hooding after which they will return to their seats. At the conclusion of the Ceremony, Guest Hooders process out with the faculty and return to the faculty marshalling room to return their cap and gown.

How and when does my Guest Hooder receive their cap and gown?
All Guest Hooders wear PCOM colors for the Commencement Ceremony. They pick up their rental cap and gown on the day of the event. Details will be included in the email they receive two weeks prior to the event.

For questions regarding the commencement ceremony, contact Ashley Jones at ashleyjo@pcom.edu

Please contact the Office of the Registrar at 215-871-6704 or registrar@pcom.edu with questions regarding your diploma.

Join your classmates for a night of recognition, dining and dancing on Wednesday, May 20 at Infinity Energy Center in Duluth.

Invitations are sent to each graduating student in early April. Please be sure to RSVP when you receive your invitation. Each student may invite one (1) guest. Guests must be 18 years or older.

Details regarding the rehearsal, picnic and honors brunch will be posted when available. 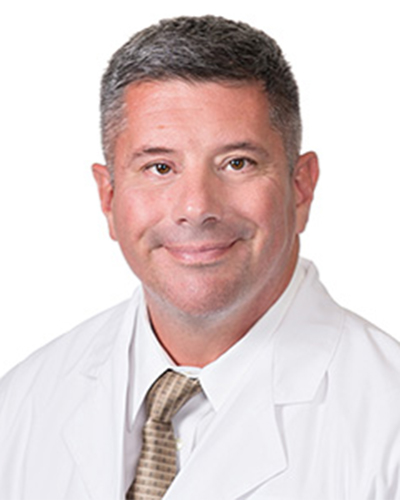 Richard Jadick, DO earned his Bachelor of Arts in biology from Ithaca College and his Doctor of Osteopathic Medicine degree (DO) from the New York College of Osteopathic Medicine in Old Westbury, NY. He completed his residency training in urology at the Medical College of Georgia and retired from the US Navy in June of 2013 after 23 years of service. Dr. Jadick finished his Navy career as the Chief of Urology at the Naval Hospital in Jacksonville, FL after returning from a nine month deployment to Afghanistan in October 2012.

Dr. Jadick is most noted for his service with the Marines out of Camp Lejeune, NC in 2004 when he volunteered to go to Iraq with 1st Bn 8th Marines as the unit’s Battalion Surgeon. It was during this deployment that his unit was ordered into Fallujah. On the very front lines he established a forward aid station and was credited with saving the lives of 30 Marines and Sailors during the second battle of Fallujah. Dr. Jadick was awarded the Bronze Star with “Combat V” device for valor in January 2006. Dr. Jadick's story was first documented in a Newsweek cover story titled "Hero, M.D.” He later published his own account of his experiences in a book called ”On Call in Hell: A Doctor's Iraq War Story.”

Dr. Jadick is board certified with the American Board of Urology. He is currently a practicing urologist and the Chief of Surgery at Piedmont Newnan Hospital in Georgia.

He is married to his wife, Melissa, who is a pediatrician. Together they have three children and reside in Peachtree City, Georgia.