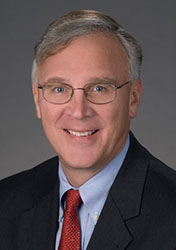 Mike Cassidy is widely recognized for his success in shaping mission-driven organizations that involve university partners. He currently serves as Director of the newly-formed Biomedical Catalyst at Emory University, where he leads efforts to enhance innovation, entrepreneurship, and development of intellectual property.

From 2000 to 2018, Cassidy was President and CEO of the Georgia Research Alliance (GRA), one of the nation’s premier organizations for technology-driven economic development. GRA's mission is to expand research capacity at Georgia’s universities and to seed and shape startup companies around university discoveries. In addition to generating broad-based support for GRA’s mission, Cassidy guided the organization through planning, execution and evaluation of strategic initiatives, and built and sustained the nonprofit’s powerful set of relationships with companies, professional organizations, universities, and leaders at the local, state and national level. In 2009, he co-founded the GRA Venture Fund, LLC, a public-private venture capital fund that invests in the most promising startups launched around research discoveries. During his tenure at GRA, he was consistently ranked as one of the top 100 most influential people in Georgia by Georgia Trend Magazine and in 2019 was inducted into their Hall of Fame.

Cassidy is a Senior Fellow at the Council on Competitiveness and serves on the boards of the Health Care Ethics Consortium, The Primary Care Innovation Fund, the VIP Consortium and Atlanta Emerging Markets Inc. He is a trustee emeritus of the State Science & Technology Institute (SSTI) and past chair of their Innovation Advocacy Council, which advances the cause of public investment in scientific research and entrepreneurship.

Mr. Cassidy earned a master’s degree in technology and science policy from Georgia Tech and a BBA in marketing from Georgia State University.

Cassidy is a native of Philadelphia, Pennsylvania.