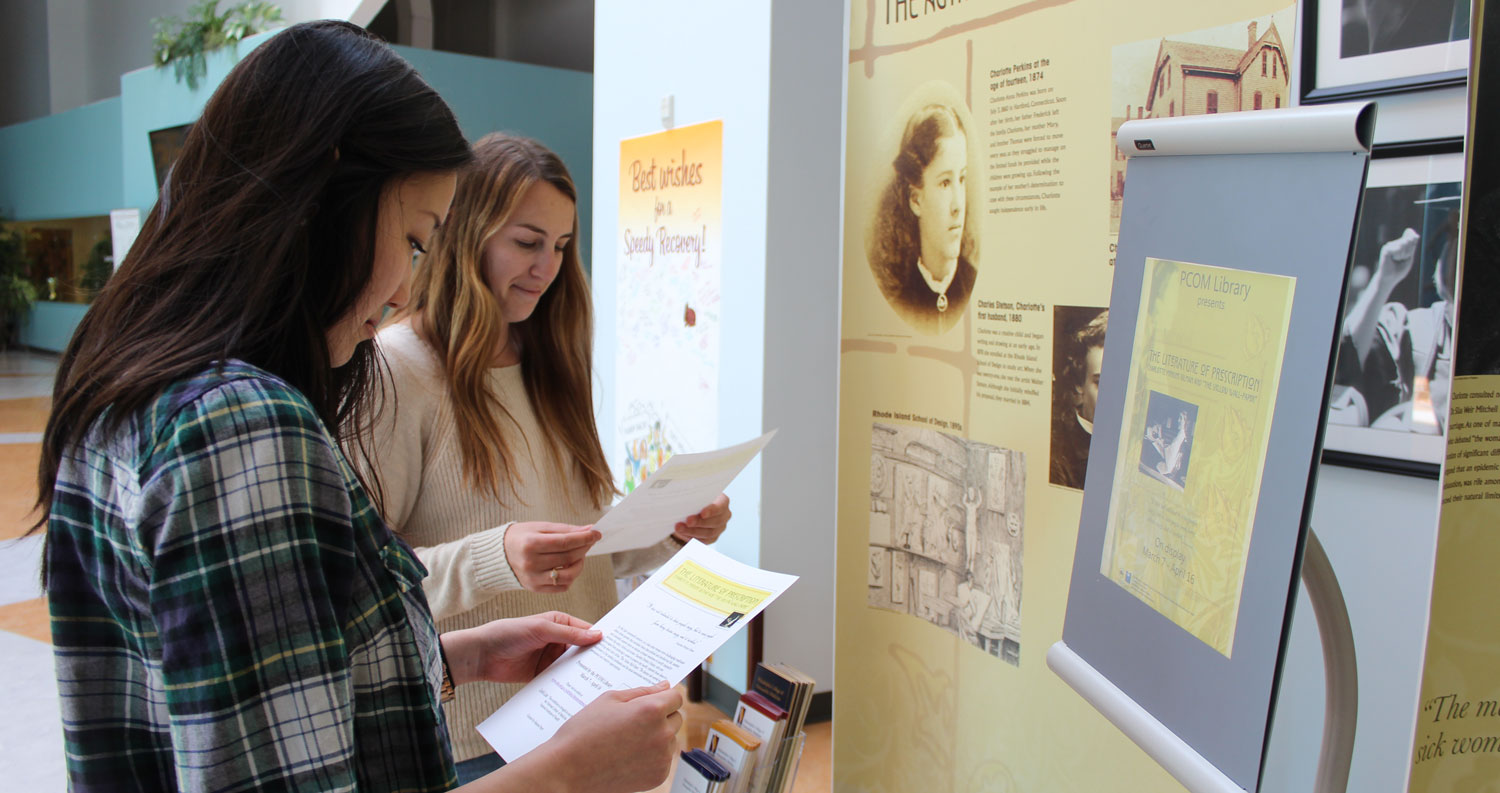 Georgia is one of just 11 states where the exhibit is traveling beyond the walls of the national library.

From now until April 16, 2016, the Georgia Campus – Philadelphia College of Osteopathic Medicine (GA-PCOM) Library is hosting a traveling exhibit from the U.S. National Library of Medicine. The Literature of Prescription: Charlotte Perkins Gilman and “The Yellow Wall-Paper” is a six-banner traveling exhibition that details the implications of Gilman’s short story, “The Yellow Wall-Paper,” first published in January 1892, and its significance in the social history of medicine.

Georgia is one of just 11 states where the exhibit is traveling beyond the walls of the national library, the world’s largest medical library located on the campus of the National Institutes of Health in Bethesda, Maryland. The display illustrates Gilman’s life and her ideas of gender and women’s rights, especially in relation to healthcare in the late nineteenth century. 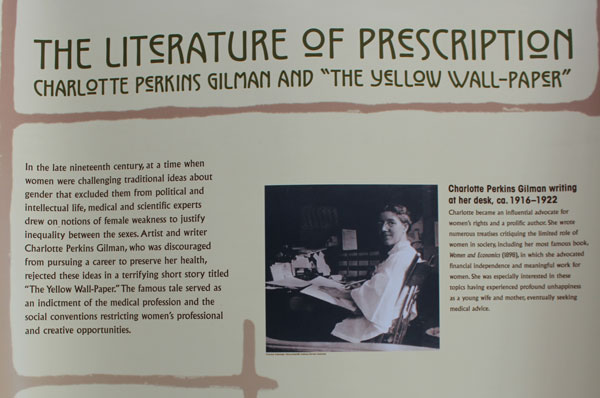 During a time when women began challenging the traditional gender roles that kept them largely excluded from political and intellectual life and lacking autonomy, the idea of “female weakness” as a medical ailment perpetuated inequality between the sexes. Gilman, an artist and writer who was discouraged from pursuing a career to preserve her health, rejected such societal conventions in her 6,000 word short story. “The Yellow Wall-Paper” became famous for exploring the oppression of women and criticizing nineteenth century attitudes toward women’s physical and mental health. Today, it is considered a classic of feminist literature.

The physician in Gilman’s story diagnoses the narrator with a treatment that the narrator is suspicious of and resists. This protagonist is shut away without normal human interaction due to her “hysterical tendencies” where she is then told to exercise “self-control” – a treatment that attempts to eliminate her symptomatic behavior and not necessarily the problems at hand. DOs practice a "whole person" approach to medicine, treating the entire person rather than just the symptoms. With a focus on preventive health care, DOs help patients develop attitudes and lifestyles that don't just fight illness, but help prevent it. 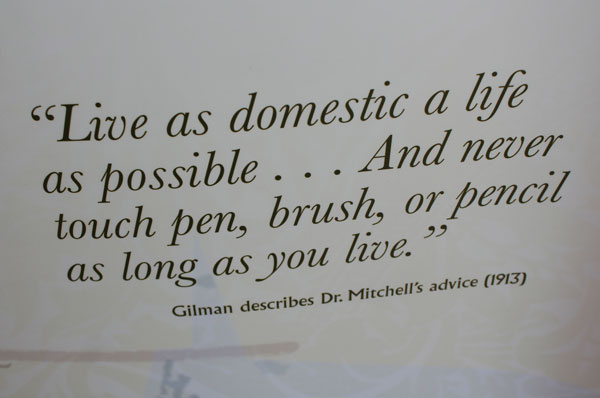 Skye Bickett, Assistant Director of Library Services, said, “We hope that PCOM students, as future healthcare providers, see this exhibit as an example of the importance of respecting the patient’s beliefs, values and lifestyle during the course of care. For instance, the stigma surrounding postpartum depression, from which the author may have suffered, keeps many women from discussing their concerns with family and physicians.” She added, “Failing to identify mental health issues has far-reaching effects on the patient and their family. The education students receive at GA-PCOM trains them to approach treatment in a holistic manner, ensuring that students focus on treating the actual cause of a condition instead of just masking symptoms.”

For more information about the exhibit, visit the "Literature of Prescription" page on the U.S. National Library of Medicine website.

To arrange a visit to GA-PCOM to view the exhibit, email Skye Bickett, Assistant Director of Library Services, at skyebi@pcom.edu.